PrimeTaxi offers you road trips - tours in Halkidiki area (and not only) that will be unforgettable!
Select one of the destinations that we recommend, or create your own travel plan,
and enjoy comfort and luxury of a pleasant and informative trip.
Below we mention just some of the places that we can transfer you.

The cave of Petralona 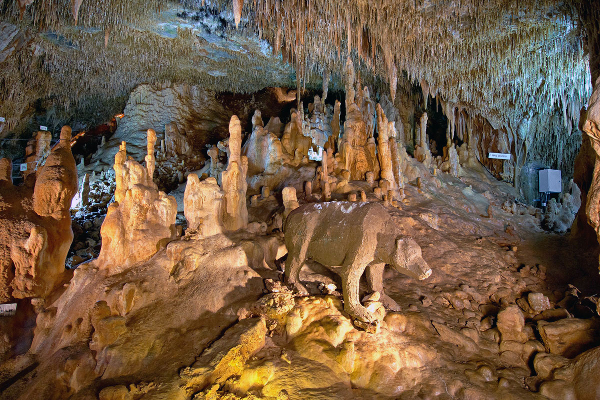 The cave of Petralona, one of the biggest creations of nature, and also with the year of its creation to be placed over 1.000.000 years ago, is giving the chance to the visitors to admire the most ancient habitat of our European ancestors, which has discovered until now

Its total length is 1,5 kilometer and it is the place where someone can not only get in touch with the impeccable view of stalactites and stalagmites, which are in every shape and form, but mainly with the place where the tracks of the very first fire were discovered on the Earth and the most ancient man’s skull in Europe. 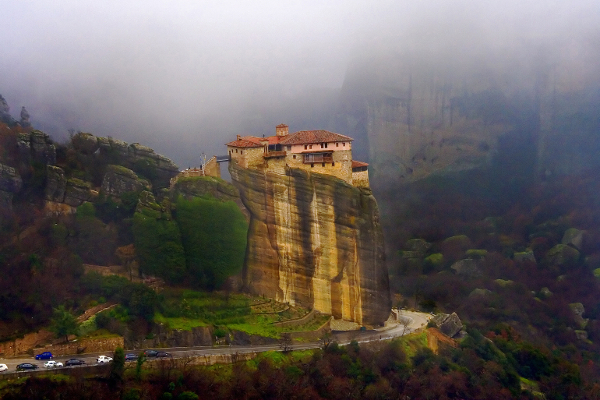 Meteora were named after St. Athanasios the Meteority, proprietor of the Big Meteorou Church. Since 1988, the monasteries of Meteora have a position on the UNESCO’s global heritage monuments catalogue. Built on the top of the rocks, in a high that reaches the 400 meters, Meteora are considered to be one of the greatest creations of nature, and one of the most important monuments of the Orthodoxy.

Today, only 7 of the historical monasteries are being used, 6 from which are open to the public, which are: 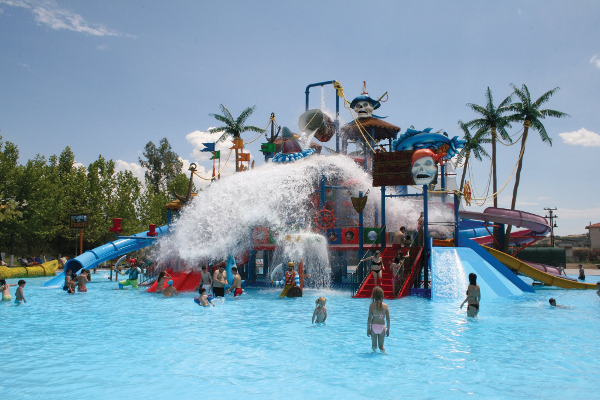 Waterland is one of the biggest water parks in Europe and the only one in North Greece. In the extend of 150 acres, it is offering a lot of activities for its visitors, for example different kinds of slides, pools and games into water, places for eating and coffee and even a mall. All this stuff makes the visit in Waterland the best experience of the summer. 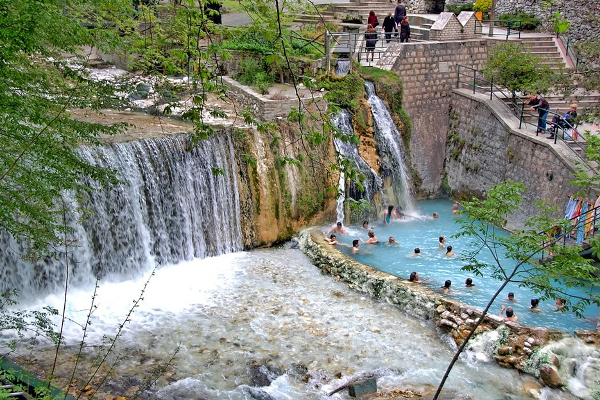 From the minerals founts of Pozar Baths, water is being gushed in the temperature of 37˚C. Known for its therapeutic function, this water is ideal for bath therapy and drink therapy, revival and relaxing. The water is also drinkable. Besides the baths, this region is offering the opportunity to climb on canyons, walk near waterfalls and pathways and also 4x4 routes. 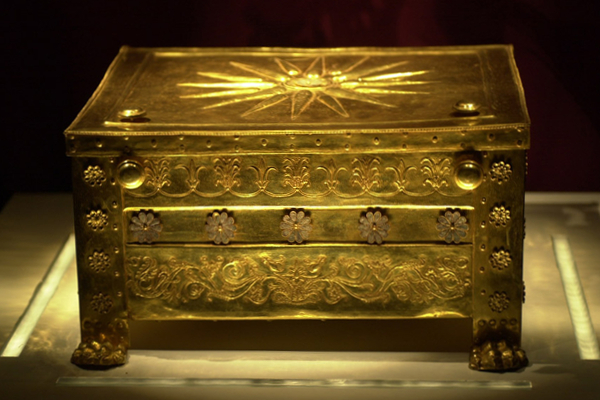 The little town of Vergina, which is located in the position of the ancient city «Aiges», is best known for the area of royals’ Macedonian tombs, which were found in that city, with the tomb of Philippos II’, father of Alexander the Great, to be the most major one. Between the most important foundings of that archeological site is the gold larnaka, which contains the bones of Philippos II’ and the oak tyre Philippos was wearing. 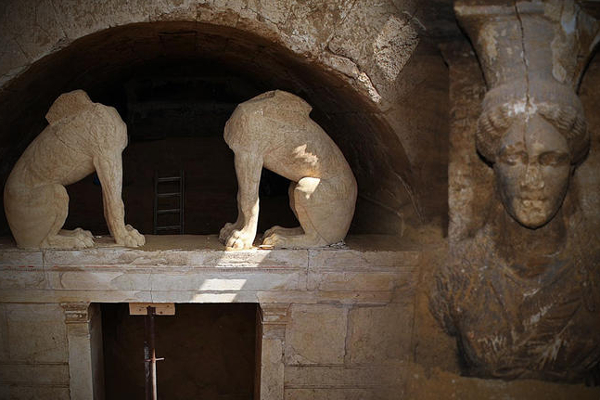 The archeological researches in the city of Amphipolis have discovered new traces of human’s installation, which are dated back to 3.000 B.C. Between the most major and known foundings, is the well known “Lion of Amphipolis”, which was discovered during the period of Balcanian wars and the tomb, which was discovered inside the Kastas hill, the researches of which, as regards who is buried inside, are still in progress. They will reveal whether Alexander is buried there or his mother, Olympias.

This is about monuments of medieval era, which are included in UNESCO’s catalogue, since 1988, and monuments that are considered to be of global heritage. 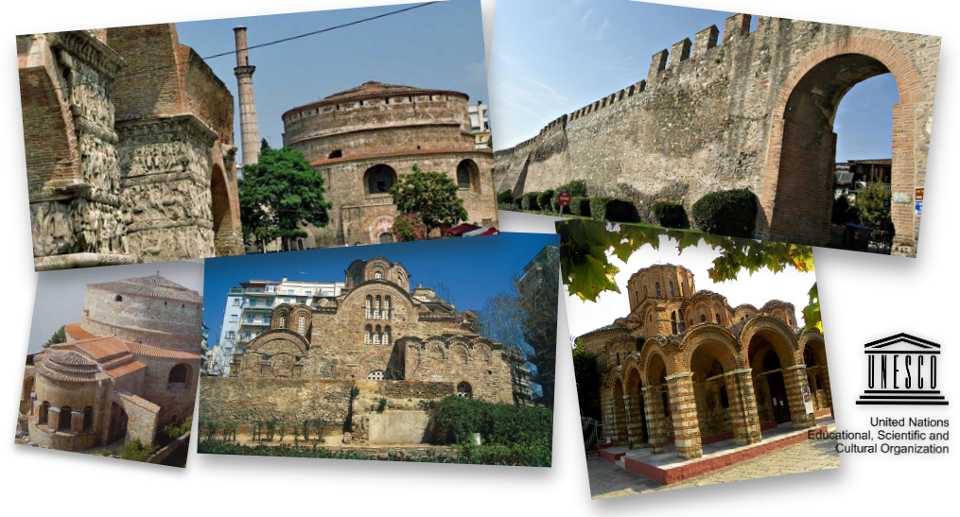 A walk for shopping in the market of Thessaloniki will satisfy even the most demanding likings. The fashionable stores of Mitropoleos str. offer a huge variety of brands of clothes, shoes and jewellery. A little few away, there is Tsimiski str., where you can find a huge variety of youthful fashion and more reasonable prices, as well. Another nice choice for shopping is a visit to Mediterranean Cosmos, the biggest mall in Balkans. There, except from a huge variety of different stores, the visitors can combine shopping with coffee or eating out. 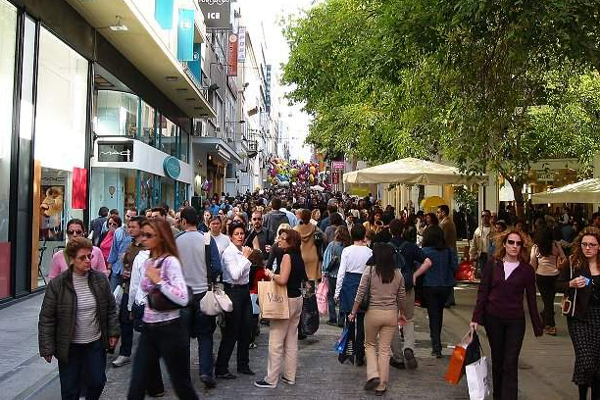